With one of the big news headlines right now being the women who are suing the military for their right to fight in combat situations, I decided to sit back and think about this from my standpoint. Women have long been handling stressful situations, both in times of battle and in times of peace. Our government and military have said for years that women should not have a place in combat situations. However, where was this mandate when the US (or any other country for that matter) was being explored and settled? When the wagons rolled west, was someone there to tell the women that if their wagon and family was attacked, to NOT defend themselves? To avoid conflict? To let themselves be killed or worse? I think that the willingness to be in a combat situation should be up the individual, not someone who sits behind a desk and is not in that situation. But enough of my soapbox. This picture is a statue at the State Capital of Kansas as a tribute to the Pioneer Women. Enjoy! 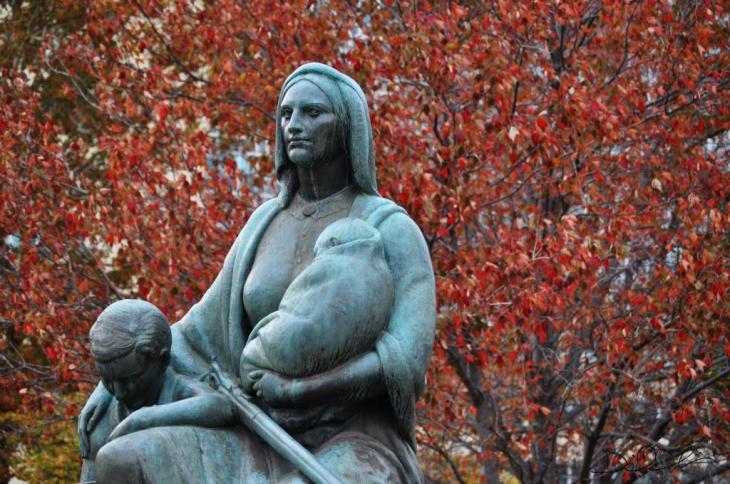 2 thoughts on “A tribute to strong women…”

A bit of humor, an occasional deep thought

where the arts meet and are forever changing

The World As I See It

At home in my corner of the world